“Magenta…that’s what I call it when I get that way. All kinds of feelings tumbling all over themselves. Well you know, you’re not quite blue, because you’re not really sad. And although you’re a little bit jealous you wouldn’t say you’re green with envy. And every now and then you realize you’re kind of scared but you’d hardly call yourself yellow… I hate that feeling. Just hate it. And I hate the color magenta. That’s why I named it that. Magenta. No way to really explain it but, fortunately between friends you don’t have to.” ~ Blanche Devereaux, The Golden Girls﻿

It’s been a rough day for me so this will be short because I’m forcing myself to write in an effort to maintain what little sanity I have left. OK, that’s an exaggeration but it doesn’t feel like much of one at this point.

As many of you who know me know, I suffer from disorder which makes my brain go all wonky occasionally (well a bit more often than that but occasionally is a good descriptor just the same). If you don’t know what bipolar disorder is, I’ve posted a link below that gives some good information on what the illness is and what the symptoms are. The condensed version, though, is that I go through periods of extreme highs and extreme lows. In other words, I ‘cycle’ from one to the other. A full cycle for me usually begins with a manic episode and ends with severe depression, neither of which very much fun. To ice the cake, I suffer from what’s referred to as bipolar I which means that I’m a rapid cycler: the cycles that I go through, instead of lasting weeks or months, last for days and sometimes hours and on a bad day like today, not even hours.

All that being said, I am medicated so I’m not going to run around The City naked trying to shake hands with my feet. The meds keep me stabilized to a point but I still have what I call ‘‘ which means that I go through the highs and lows but they’re not nearly as severe as they would be if I weren’t on the medication. If I were to try to eliminate the cycles completely, the medication would turn me into a zombie (and I know that because I’ve walked that road before). So I live with the mini-cycles in order to keep at least some of my creativity and humour. It’s a trade-off but one that keeps me centered and grounded while at the same time still allowing me to have my head in the clouds.

Now, don’t worry: I’m not suicidal or going to do anything stupid, it’s just a state of mind and over the years, I’ve learned to see the signs that the cycle is coming and just ride the wave when it hits and that’s what I’ve been doing today. Tomorrow will probably be better after a good night’s sleep. I can’t say that for sure, but here’s hoping (and it usually is).

So thanks for being here, Sprites. And thanks for listening to my ramblings. You’re good kids.

You can read more about bipolar disorder at the National Institute Of Mental Health or at the Mayo Clinic. 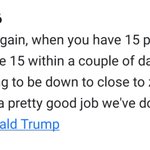