I have no words to describe how I feel this morning but dammit I’m going to try because I need to get this out.

Once again, my right to exist and live freely is being debated in front of SCOTUS and I’m so distraught because of it. The anger that’s eating me up is a seething monstrosity that feels like something with a millions legs crawling over my soul. And the fear of the outcome is tangible.

The case currently before SCOTUS is going to affect millions of lives. It will determine whether or not we can be fired for simply being LGBTQ. It’s a simple question but the answer will be profound and long-lasting. And unfortunately, there is a real chance that we’ll lose. But, I guess there’s also a chance we’ll win. But hope for me, these days, is fleeting and right now I feel hopeless because of this case. I feel out of control and lost, like I’m on a plane nose-diving into the ground.

I woke up at two this morning crying; my body and mind gripped with fear and anger and loathing for the monsters who have gotten us to this point. How simple is it to not discriminate against someone for being LGBTQ? Apparently, it’s a world changing thing that has to be debated in front of the nation’s highest court. And while that’s happening, we get to suffer and have our dignity once again challenged because of religious fuckups and their, quite frankly, ostentatious and stupid fairytales. It’s demeaning. It’s demoralizing. It’s dehumanizing. It’s sickening.

I truly have no idea how to handle this. My mind is racing: If I feel like this, what is a child who is LGBT thinking? How many will this drive to suicide? What else are we going to have to endure to ensure that we are treated with dignity and respect?

I just want to live my life and be happy. Why is that so much to ask?

I have no idea who did these but they are just too darn cute. If you know who created them, please drop me a note and let me know so I can give proper credit.

Are these not just freaking adorable?

I have no idea who designed or created them but if anyone knows, please let me know and I’ll credit them because these are just great.

Retweet if you're one of the 97% of Americans that support universal background checks on gun sales. #istandwithvirginia

Trump impeachment legal team member Alan Dershowitz says he is "much more correct right now" in his current views on what qualifies a president for impeachment, compared to his near-opposite views during the Clinton impeachment https://cnn.it/38BNYEX 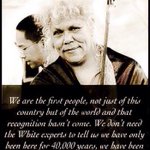 Speaking at Davos, Greta Thunberg says that the worldwide environmental movement sparked by her school strike is only the "very beginning" in the fight against global warming. http://apne.ws/kTuxi4w

⚠️This account @ SpacewomanR is not an obvious Magat, but there are enough warning signs to merit this alert. Lots of Resisters mingling with Magats in this account. Judge for yourselves.⚠️ https://twitter.com/BlueWaveGolden1/status/1219461250444226560 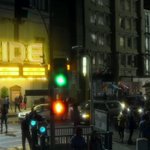 Not a Joke: Trump Is Looking Into Making Bribery Legal https://www.vanityfair.com/news/2020/01/donald-trump-bribery-laws?utm_source=twitter via @VanityFair

So successful he doesn’t want us to see his tax returns which prove otherwise. He has never been a ‘billionaire’. Money-laundered Russian mob money doesn’t count as ‘his’, nor does money borrowed & stolen. Without daddy’s money he had nothing and he has squandered that.